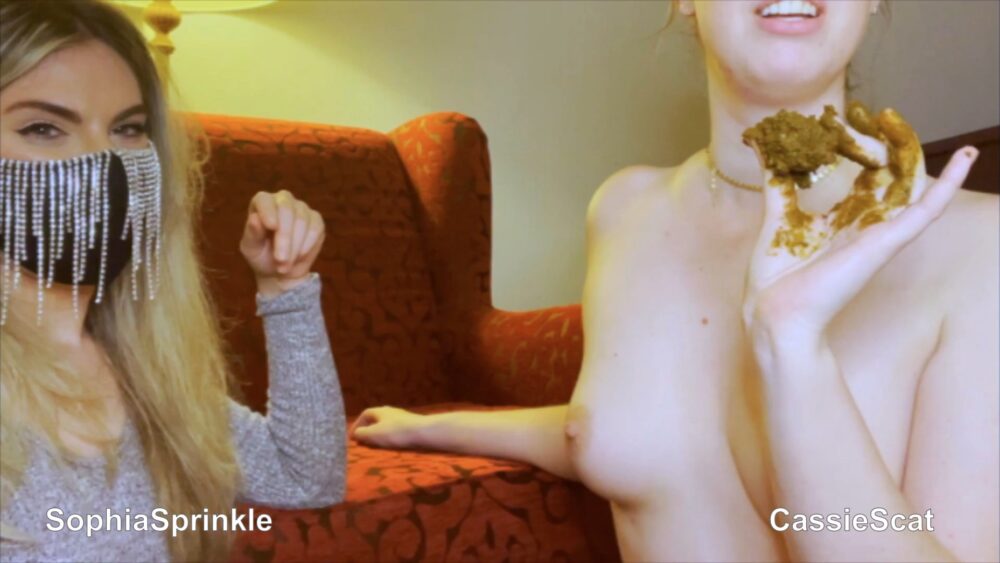 Sophia Sprinkle saved some of her perfect, soft serve poop for her friend CassieScat. She pulls down her tight, grey leggings and pushes a lovely handful of warm shit into Cassie’s waiting hand. What a good, considerate friend! Cassie sniffs the poop and shows it off, slightly green from Sophia’s healthy diet. But what does it taste like? Without hesitation Cassie licks it up. It’s delicious! Nothing like Cassie’s own earthy, bitter coffee poop, rather it’s sweet and warm tasting. Cassie quickly puts even more in her mouth, filling it up so she can chew and swallow it. The girls laugh and mock toilet slaves who whine and cry and gag. It’s not hard for us to eat each other’s delicious turds! No excuses now – Sophia’s shit is peer reviewed and it’s excellent. This gives Cassie a naughty idea though. Sophia’s shit inside her is making her so horny that she wants it even MORE inside her. We’re going to make a Sophia Shit Enema. The girls mix up Sophia’s poop and enema liquid, making a huge mess with their little science experiment and wondering if this will improve Cassie’s gut bacteria. (UPDATE! For about a month after doing this, Cassie’s poops smelled JUST LIKE Sophia’s poop. Her husband even noticed just from the way the bathroom was smelling) With an big ass full of her friend’s poop, Cassie gets on her hands and knees in the bathtub and releases the enema! A powerful stream of diarrhea splashes EVERYWHERE! It bounces off the wall and even gets in Sophia’s hair as she films it in slow motion! Oh well! Featuring 14 minutes of history being made!! 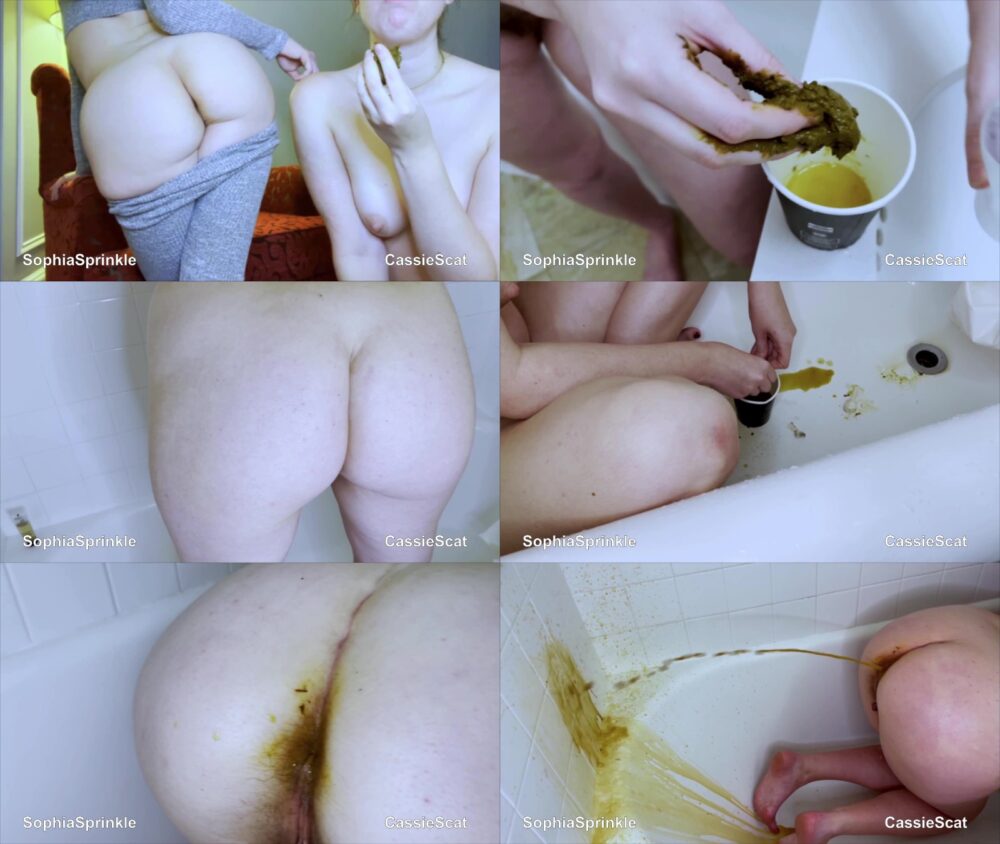