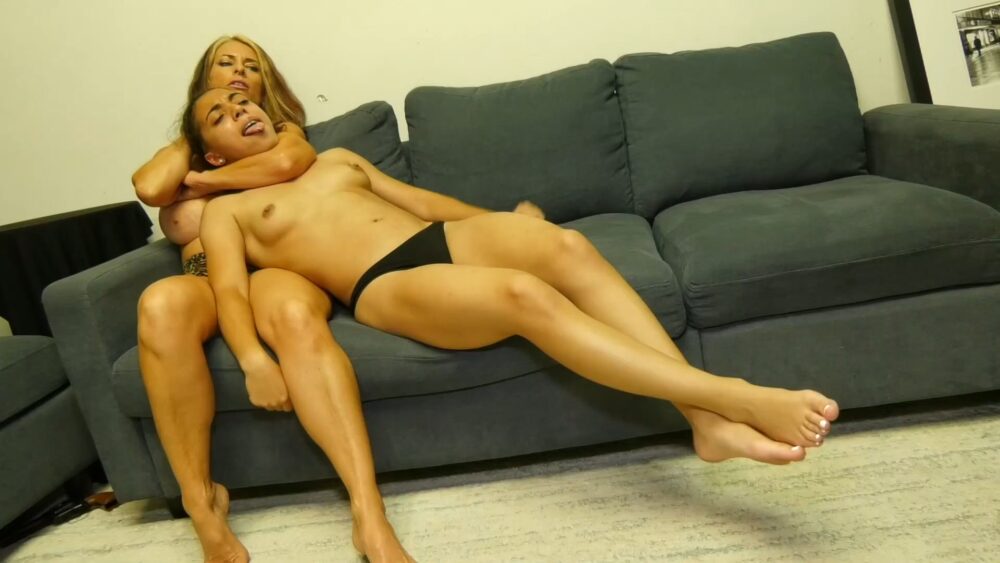 Zerella Skies is a new girl and Goldie Blair has offered to show her some holds, are you kidding – Goldie doesn’t know how to be gentle, she only has one setting and it’s ROUGH. Of course Zerella doesn’t know Goldie so she is eager to learn some holds and she knows she is one tough little cutie. Well we are about to find out just how tough this new babe is and how much she can take. Topless Goldie starts tame enough with a full nelson then pulls her down on the couch and throws on a tight scissors with the full nelson, Z is starting to feel the pain and lets Goldie know – oh Goldie knows and likes, matter of fact Goldie wants ultimate pain so she next drops the newbie over her knee with a choke and if the stretch and choke weren’t enough Goldie starts punching her in the gut – this is one hell of an initiation to DT – and it’s just beginning.

Here they come: camel clutch, figure four neck scissors, head scissors, bow and arrow, standing head scissors and soooo many more, almost forgot my favorite the layover match book. And not just holds, no Goldie breaks her in with great gut slugs against the wall. Goldie has finally had enough and leaves poor Zerella aching and distraught, so much so that later she calls a friend and tells her how Goldie has destroyed her and what a psycho Goldie is. Guess who heard this call, that’s right Goldie and if Z thought Goldie had been rough before, well watch her when she’s angry – no more holds now, just pure breathless destruction but first she has to strip Z down to her undies then comes the lesson in pain – welcome to DT Z !!!!!! 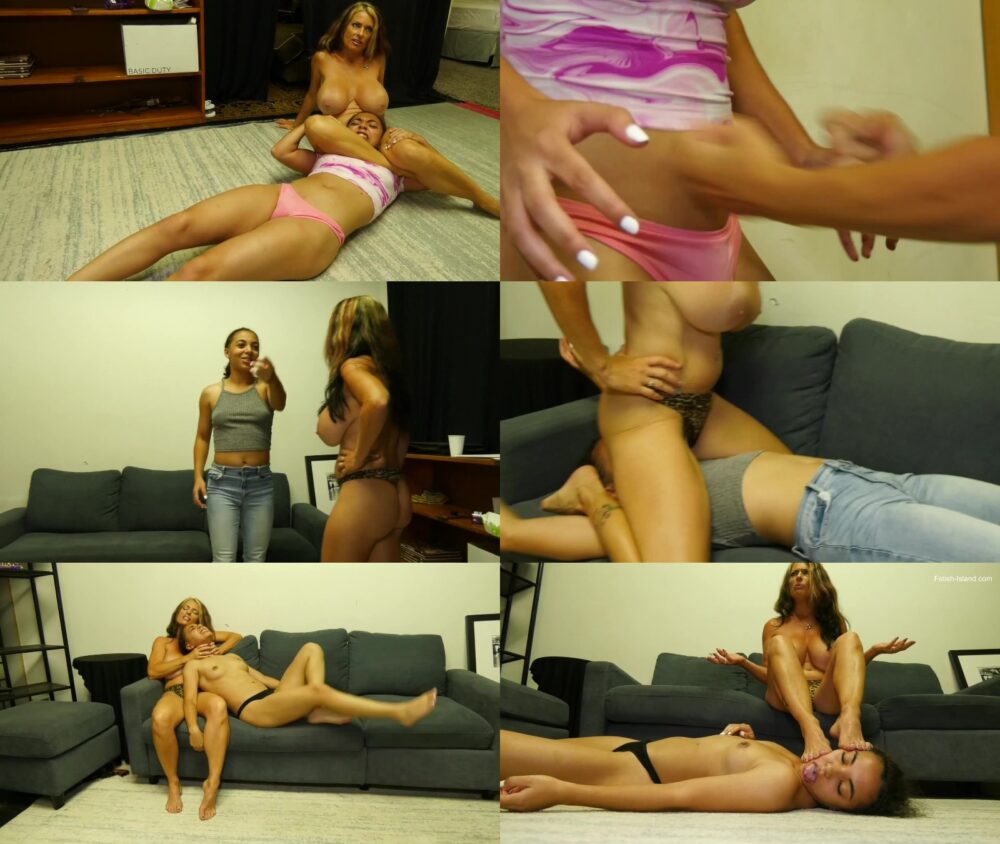