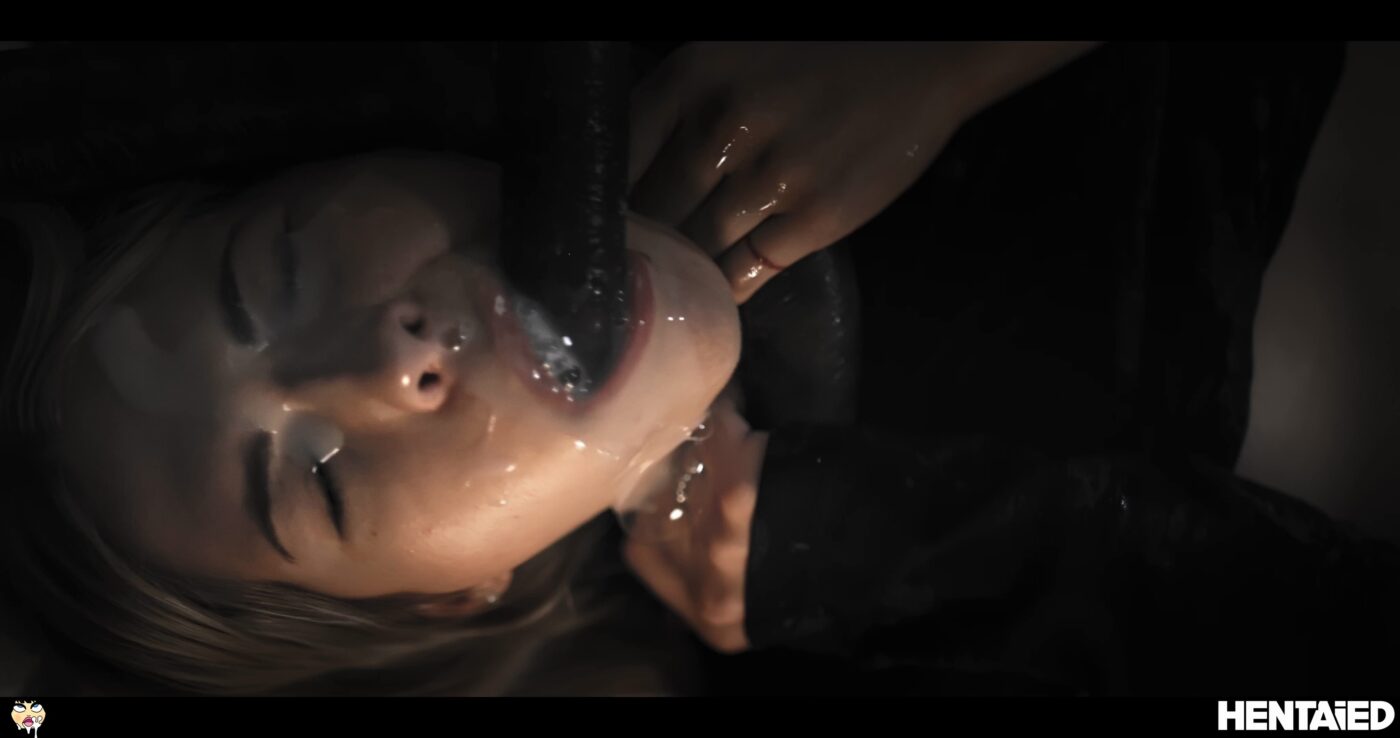 Emma Bugg and her friend are in the library, learning for their next exam. However, the stuff Emma is studying is really creepy, full of aliens and demons, and it’s creeping her out. Well, she’s about to stay alone in the library because her friend needs to leave for the restroom. Emma’s phone has been ringing for quite some time but she didn’t notice it. Her mom is calling her but no one is obviously picking up. Emma finishes chatting with her friend, and now she’s left alone, with no one around, in a dark area of the library.
The creeps go through her body, and she seems to notice something moving in the corner of her eye. All the studying must be coming to her, she even takes a look but there’s no one. Then suddenly, Emma feels something tapping her shoulder. She quickly turns her head around, wide-eyed and afraid. It’s only the old librarian, nothing to be afraid of thankfully. She tells Emma that her mom has called the library, and she needs to call her back urgently.
Emma dials her mom and she gets unfortunate news. Her uncle has passed away. All teary-eyed, she gets consoled by the friend who just got back from the bathroom. On the day of the funeral, she is late, and all of the family starts talking about her, and her uncle. Of course, they don’t like that she prioritizes everything else above the funeral. And when it comes to the uncle, well, they’ve all heard that he was deep in the occult. Weird how he was Emma’s favorite uncle. Still, they stop talking behind both of their back because it’s not the time or the place.
Emma finally arrives, it’s an open casket, so she can see her uncle. However, the moment she leans in to take a look at him, his eyes open. Weirded out by the whole thing she turns to the rest of the family who seems as if they’re frozen in time. As if she’s in a dream, Emma turns her head back towards the casket but there’s no one in there. Her hands are all slimy from some kind of substance, and moments later tentacles are wrapping around them.
She tries calling out for help but there’s no point. Slowly the alien tentacles drag her inside the casket, where she’s about to be used. Her pretty mouth is plugged with a tentacle cock, she blows it until they fill it with alien cum. Tightly cramped inside the casket, the alien tentacles have an easy time taking control of her body. Like long, thick vines, they wrap around her legs and lift them up so she’s nice and cozy in the perfect position to get that tight pussy pounded.
Emma is wearing red panties, how slutty of her but the tentacles don’t mind, they are about to rip them off her. The underwear snaps off and her moist slit is exposed, now the tentacles can do what they really wanted to. One of them slips inside, probing our cute Emma while her moans echo inside the casket. No one can hear her, but just as a safety precaution, one of the tentacles plugs her mouth. She’s creamed from both ends, still getting pounded.
Emma’s mouth and pussy keep getting stuffed with gooey alien semen until she’s turned over. The look of her perked-up ass from behind, with that beautiful slit ready for another round of pounding, is enough to make the tentacles crave more. The blue-eyed hottie’s entire body is drenched in sweat. Her insides are stuffed with a never-ending flow of alien semen to the point where our beautiful Emma starts losing her conscience. But is that really all there is to the story?
Of course not. She’s snapped back to reality, standing over the casket with the whole family behind her. They’re trying to snap Emma out of her daydream. She turns over, cross-eyes, sweaty, with a gooey substance leaking out of her mouth. Was it all a dream, or some kind of twisted dark magic? 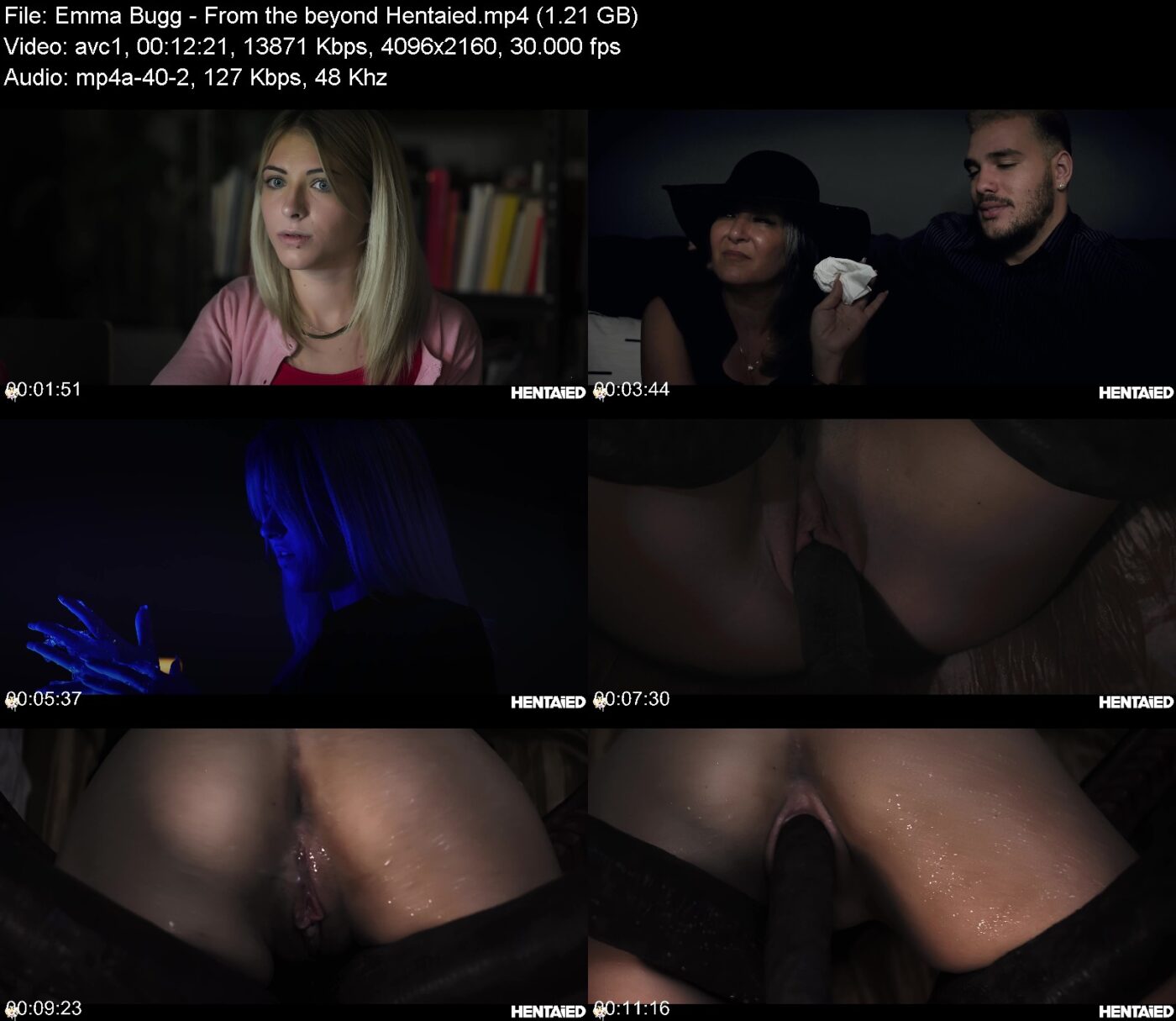